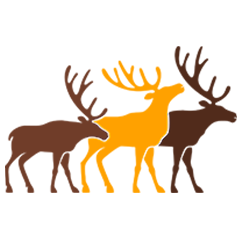 About the Gwich’in Council International

The Gwich’in Council International (GCI) is a non-profit organization that represents 9,000 Gwich’in in Alaska, United States and the Yukon and Northwest Territories in Canada.

GCI’s mission is to amplify the voice of the Gwich’in Nation on issues of sustainable development and the environment in international fora, predominantly the Arctic Council. GCI’s membership consists of two representative bodies in Canada and one in the United States: Gwich’in Tribal Council (GTC), who represents the beneficiaries of the Gwich’in Land Claims Settlement Act in Canada’s Northwest Territories; the Vuntut Gwich’in First Nation (VGFN), which is a self-governing First Nation in Old Crow, Yukon; and the Council of Athabascan Tribal Governments (CATG), for the eight Gwich’in communities in Alaska – Fort Yukon, Venetie, Arctic Village, Chalkyitsik, Birch Creek, Circle, Canyon Village and Beaver. GCI is governed by a volunteer Board of Directors, composed of four members from Canada and four from Alaska. Canada and Alaska each appoint a co-chair from its members.

About the Gwich’in Peoples

The Gwich’in people are one of the most northern Indigenous peoples in North America, living in the northwestern limits of the boreal forest. The Gwich’in are part of a larger family of Indigenous people known as Athabaskans, although their language and culture are distinct. The Gwich’in language, consisting of different dialects, is one of 47 Athabascan languages and is considered a severely endangered language today.

The Gwich'in life and culture has traditionally been based on the Porcupine Caribou herd, the people's main source of food, tools and clothing. The Gwich'in practiced a nomadic lifestyle until the 1870's, when fur traders came into the area to establish trading posts that later became settlements. Hunting, fishing and trapping remain important both culturally and economically, with caribou, moose and whitefish being staples of the Gwich’in diet.

GCI collaborates with Arctic States, Working Groups and other Permanent Participants regarding circumpolar relations with regular contributions to Chairmanship work plans. The GCI has particular interest in the environment and sustainable development to support resilient and healthy communities, and actively participates in the SDWG, CAFF, and EPPR Working Groups.

The GCI office is based in Yellowknife, Northwest Territories, Canada.

COVID-19 in the Arctic Assessment Report

What It Means To Be Gwich’in

"Being Gwich’in means strength and resilience, a strength that is not only physical, but spiritual and has been passed down from my ancestors before me."
10 May 2021

In honor of International Women’s Day on 8 March, we spoke with some of the women who work with the Arctic Council to learn more about them, what it means to be a woman i...
10 Mar 2021

On the occasion of the Arctic Council’s anniversary, the Arctic Frontiers 2021 virtual conference hosted a high-level dialogue on the Council’s track record of 25 years o...
19 Feb 2021
See all
We use cookies to save your language preference and better understand how visitors use the site. For more information, please see our Privacy policy. ×